It All Started With Elsa

“Turn these into jewelry for Finnish women,” said writer Elsa Heporauta to Mrs. Aino-Mari Mecklin, as she spread the extravagant jewelry set belonging to an ancient outfit from the township of Tuukkala before her. The set included heavy bronze and shiny silver – chains, brooches, necklaces clinking with pendants. This was in spring 1937, two years after the centennial of the Finnish national epic Kalevala, which had given Elsa Heporauta the idea to set up a statue for the ancestress of Finnish culture, the Finnish woman. She established a committee to implement the Kalevala woman’s statue named after the epic queen Louhi. To raise funds for the statue, the committee decided to produce and sell jewelry that was based on ancient models but aimed at the modern woman. Indeed, the world of ancient jewelry was an immense treasure chest of inspiration; for example, that one festive Iron-Age outfit alone contained an impressive amount of fascinating jewelry. Entrusted with the launch of the business, Mrs. Mecklin chose the first jewelry models from the collections of the National Museum of Finland. Artist Germund Paaer was assigned to design and implement the pieces. The first collection of Kalevala women’s jewelry, 40 brooches, was introduced to a large group of special guests and press representatives at a tea party arranged by the first lady of Finland, Kaisa Kallio, in the Presidential Palace on December 8, 1937. This marks the beginning of Kalevala’s journey. 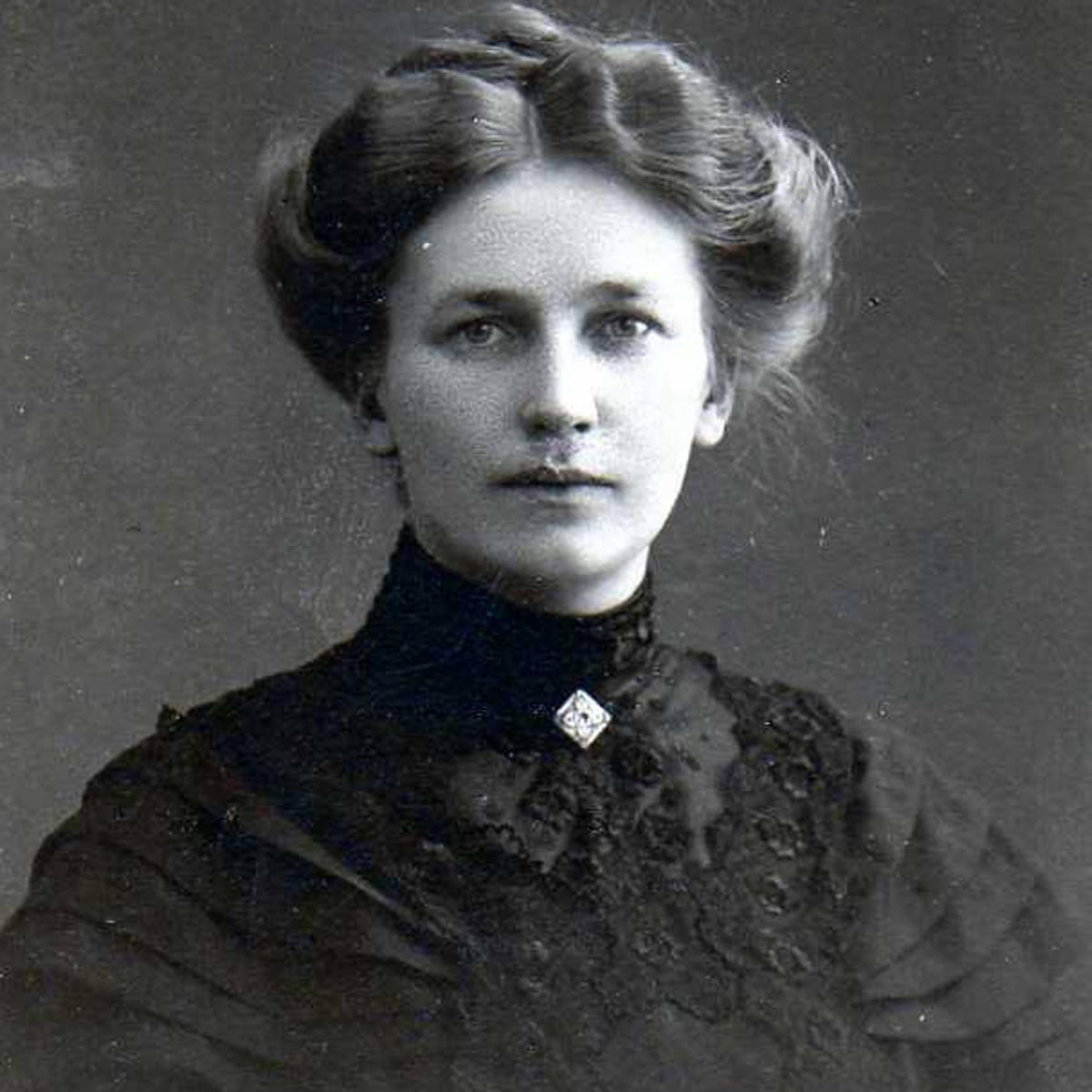 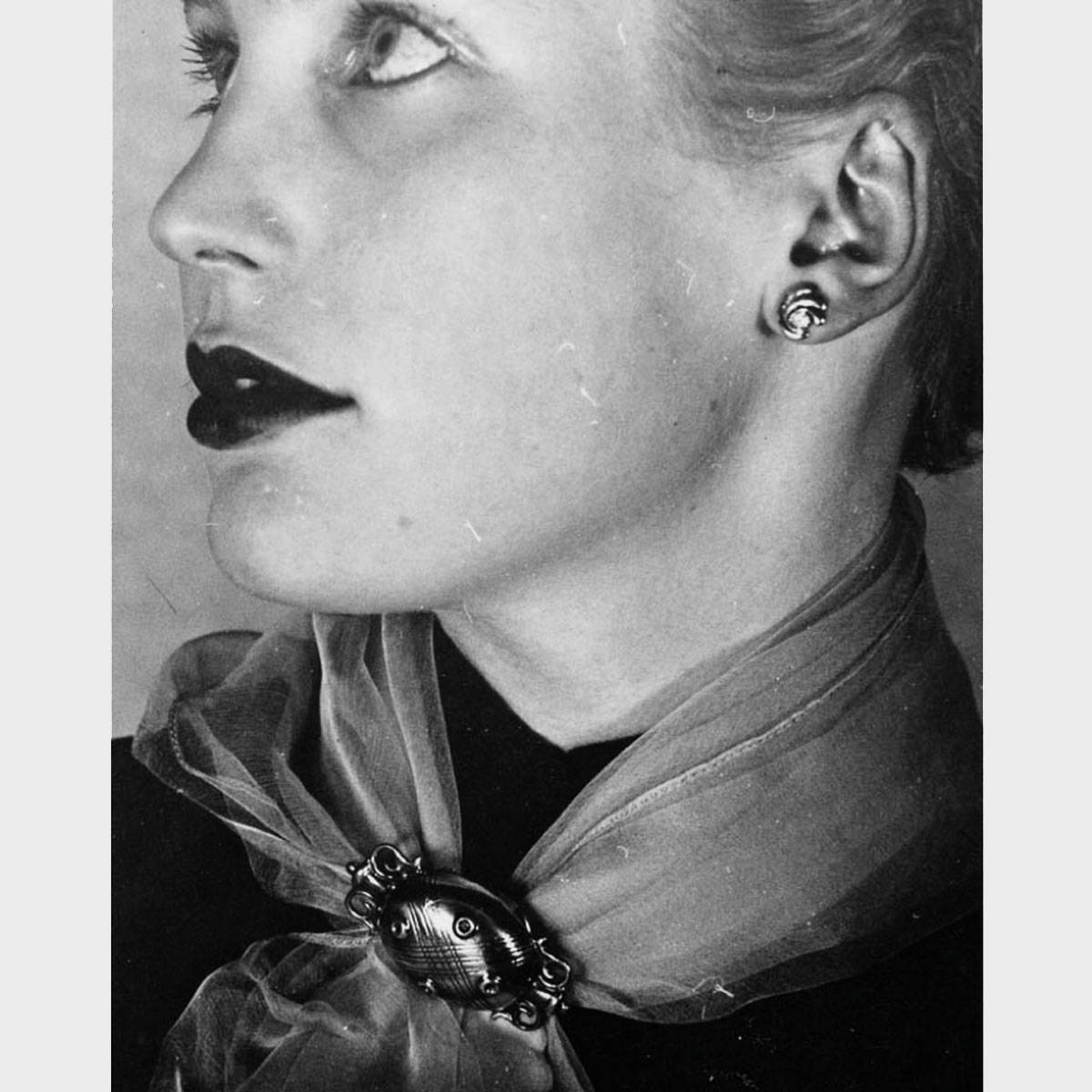 Jewelry For The Common Good

Kalevala was an instant hit, and it didn’t take long to raise enough funds to set up the statue. However, the war that broke out in 1939 changed the plans. Instead of the statue, the committee directed the majority of jewelry sales profits to support those in need during the war, especially women and children. Jewelry manufacture was never interrupted, even though there was shortage of labor as well as materials. Pieces of jewelry were made wherever and whenever possible, using any suitable material that was available. To supplement the decreased jewelry production, wooden utility items and decorations designed by Germund Paaer were added to the collection. The jewelry sold well even during the poor and difficult years, as people knew their profits were used for a good purpose. The jewelry project turned out to be a much greater way to pay homage to the courage, brave enterprise and relentless nature of Finnish women than a single statue. Eventually, a statue was also set up after the war. Designed by Emil Halonen and completed in 1946, the bronze statue entitled Louhi is now situated in the premises of the owner of Kalevala, the Kalevala Women’s Association in Helsinki. 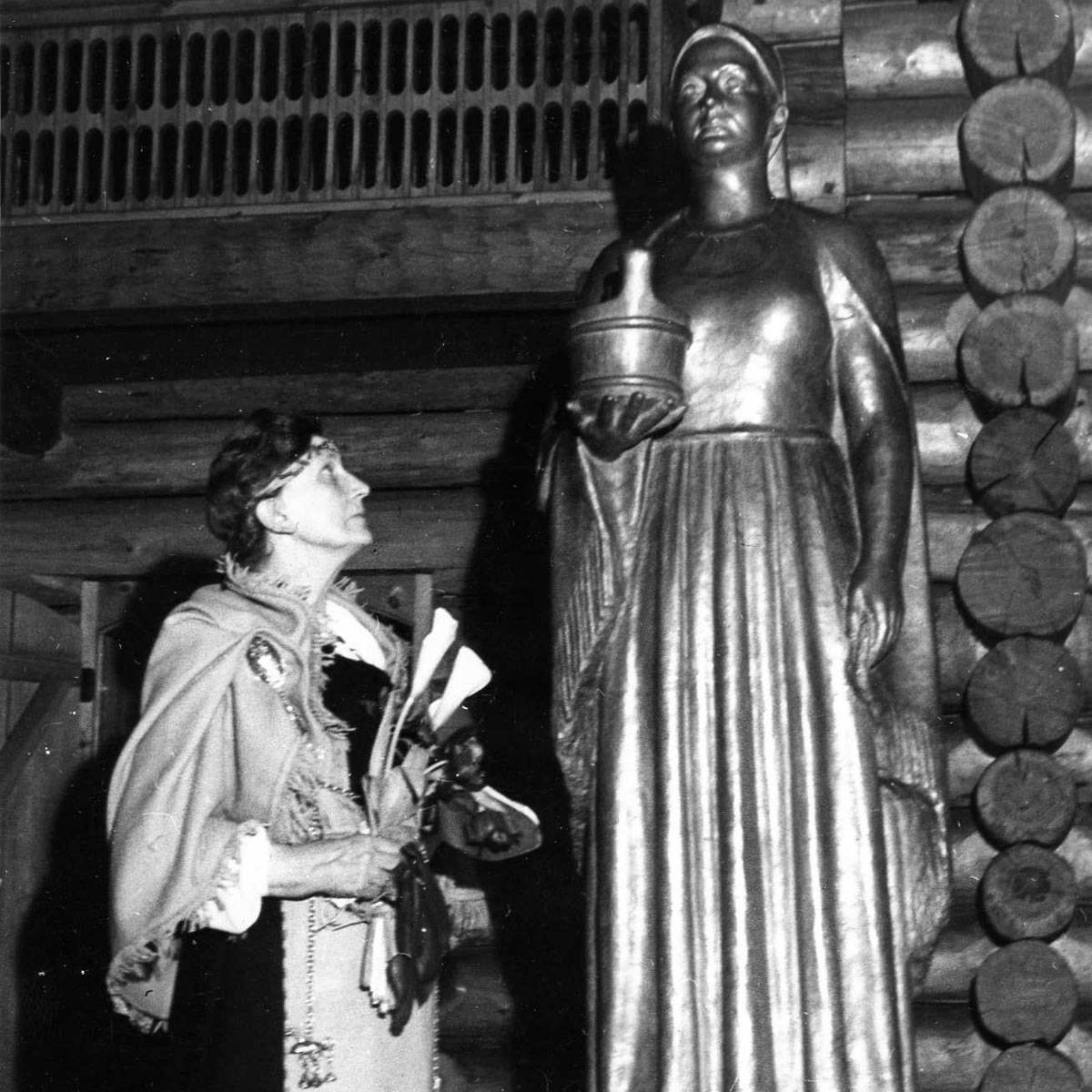 Elsa Heporauta and the Louhi statue. 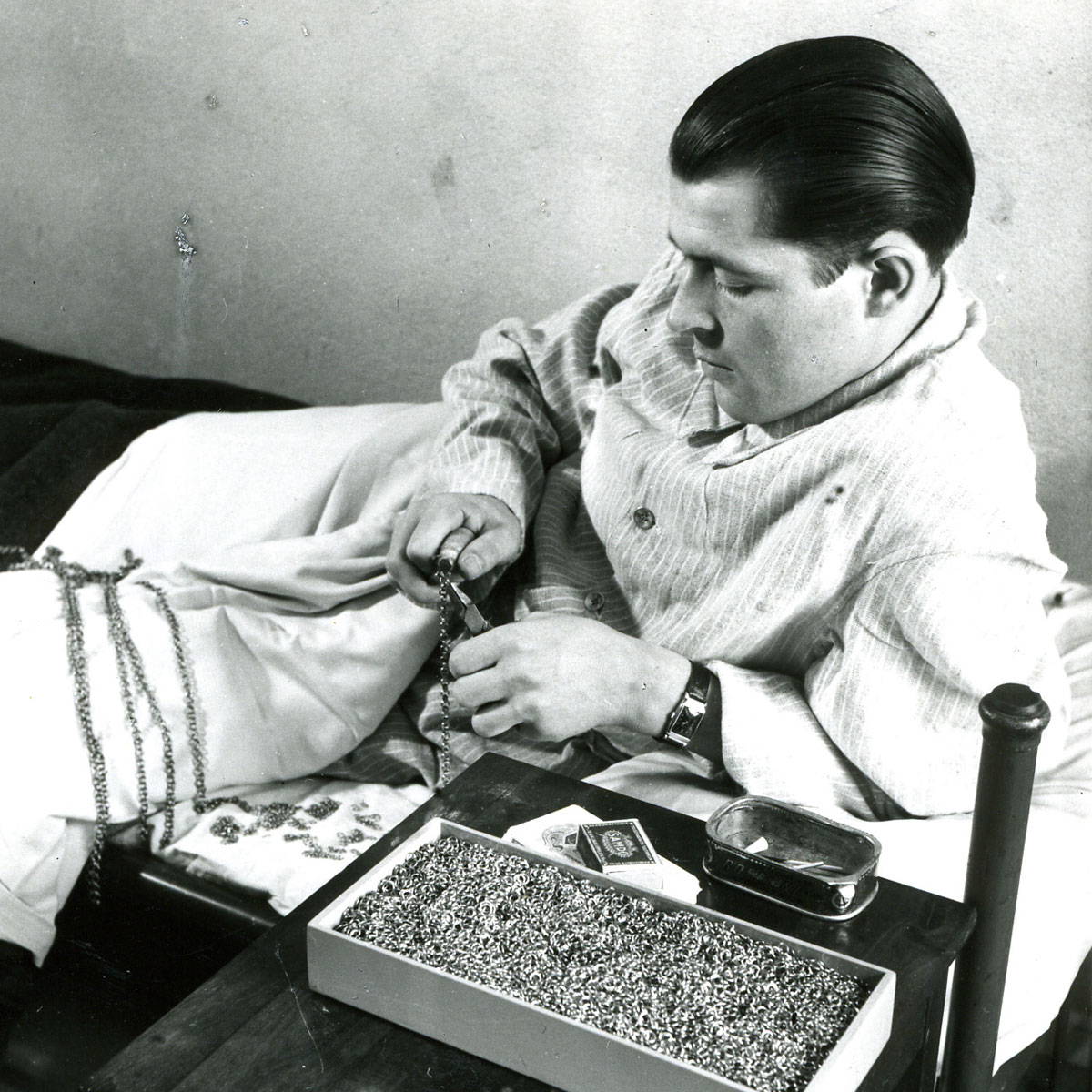 In the 1940s, the collection already included over two hundred pieces of jewelry designed by Germund Paaer. Apart from copies and adaptations of museum pieces, Paaer also produced his own designs, which drew inspiration from the shapes and rich ornamentation of ancient jewelry but were not directly based on any specific items. Examples of such pieces designed in the 1940s include the Kalevala Originals collection’s iconic classics Moon Goddess and Iku-Turso. In 1947, Kalevala organized the first design competition for modern jewelry, which marked the launch of modern jewelry design at Kalevala. As Elsa Heporauta said, ”If you copy something old, you must also create something new.” Award-winners of this competition, the Doll by Kirsti Ilvessalo and Bark by Kaj Franck remained in the collection until the new millennium.

The role of modern jewelry design further increased in the early 1950s, when the young Eero Rislakki (1924–2017) was hired as the head of design, followed by Börje Rajalin in 1956. Modern jewelry design was also a key driver in the international breakthrough of Finnish applied art. One important milestone in this

success was the 1960 Milan Triennial, where a unique silver installation designed by Rajalin and manufactured by Kalevala won the gold medal and, consequently, gained a lot of publicity both in Finland and abroad.

Appointed in 1963, fashion artist Paula Häiväoja (1929–2011) was Kalevala’s first female head of design. She had been serving the company as a jewelry designer since the 1950s. Her signature style, the ultra-modern silver and gold jewelry designs look as equally futuristic today as they did half a century ago. Häiväoja was the Head of Design until 1967, when she resigned to become a freelance designer and opened her own studio. Today, you can find Häiväoja’s designs in the Art by Kalevala collection. 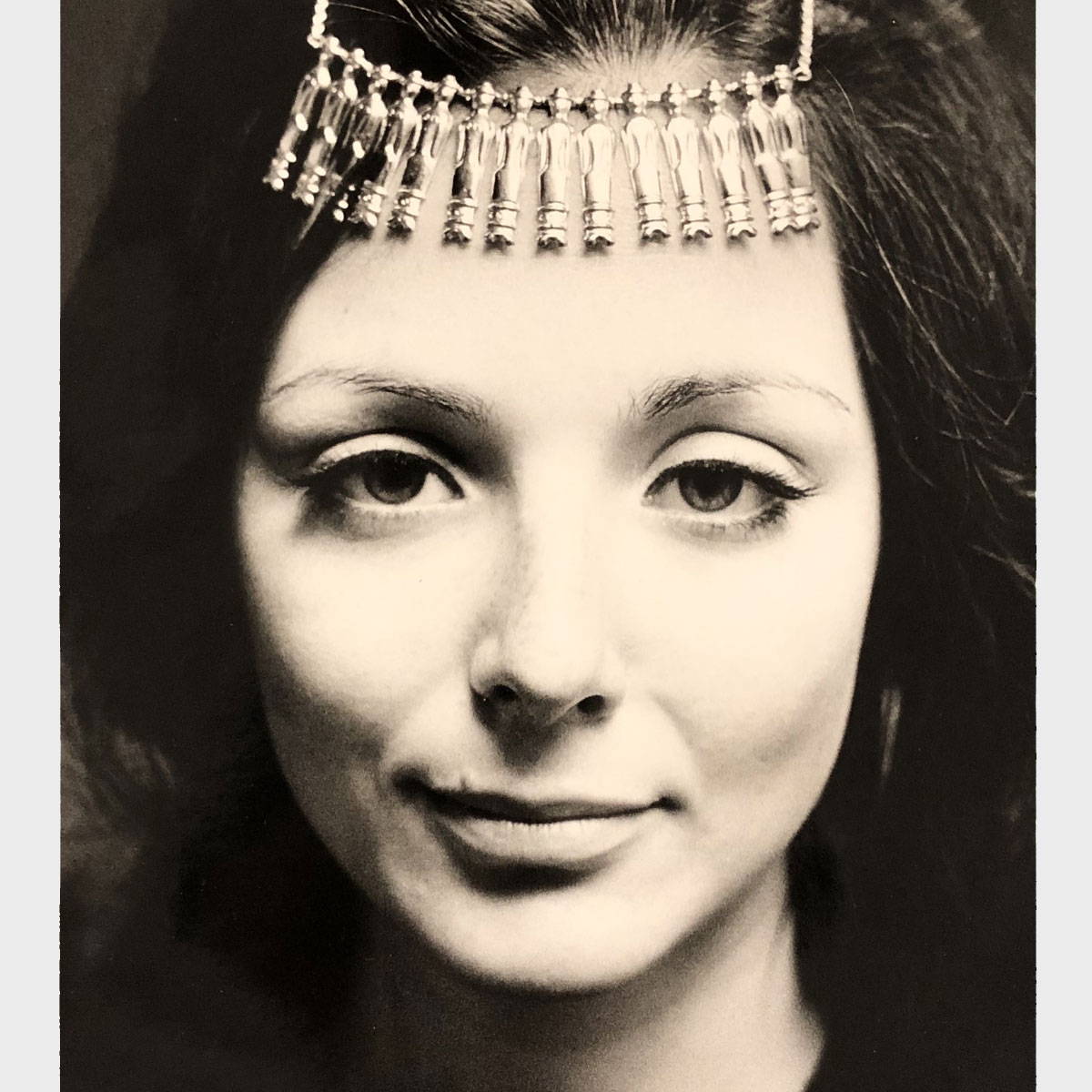 Ad picture from the 1960s featuring the Doll designed by Kirsti Ilvessalo.

Designer Börje Rajalin (in the middle) and his award-winning unique silver installation made by Kalevala. 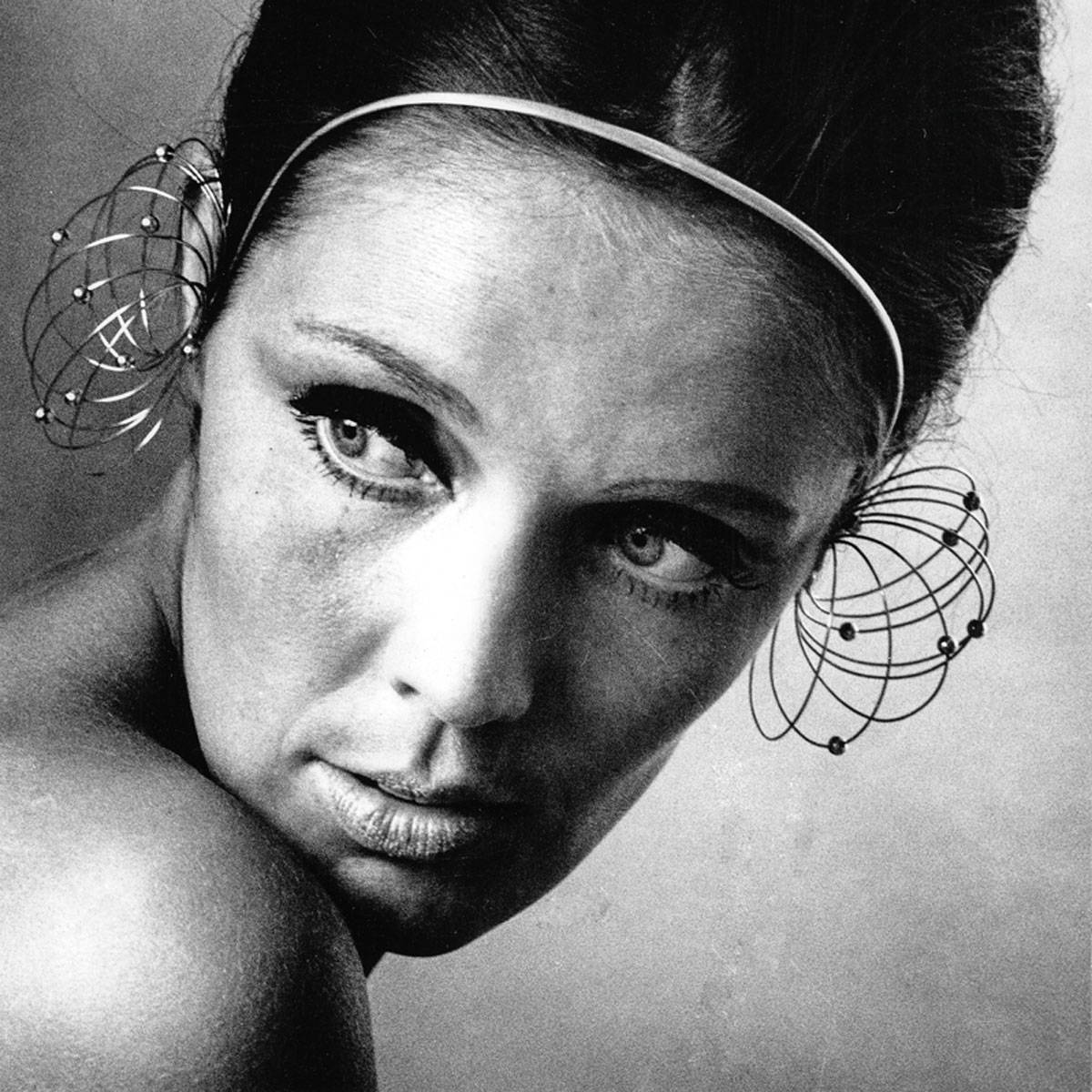 A futuristic silver head ornament designed by Paula Häiväoja in the 1960s.

In the early 1970s, Kalevala moved into a new office and factory building in the Pitäjänmäki district of Helsinki. This meant that, for the first time, all of the company’s functions from manufacture to sales and administration were under the same roof. The new premises hosted quite prestigious guests in 1972, when the spouses of heads of state participating in the SALT talks were invited to visit and gifted with a heart brooch designed by Germund Paaer in the 1940s. This piece of jewelry was to remind them not only of their visit but also of the fact that world piece begins in people’s hearts. In honor of this event, the brooch was renamed as the Salt heart. In the 1970s, Kalevala also sold knitwear and ceramic items, which were manufactured in a workshop connected to the factory. 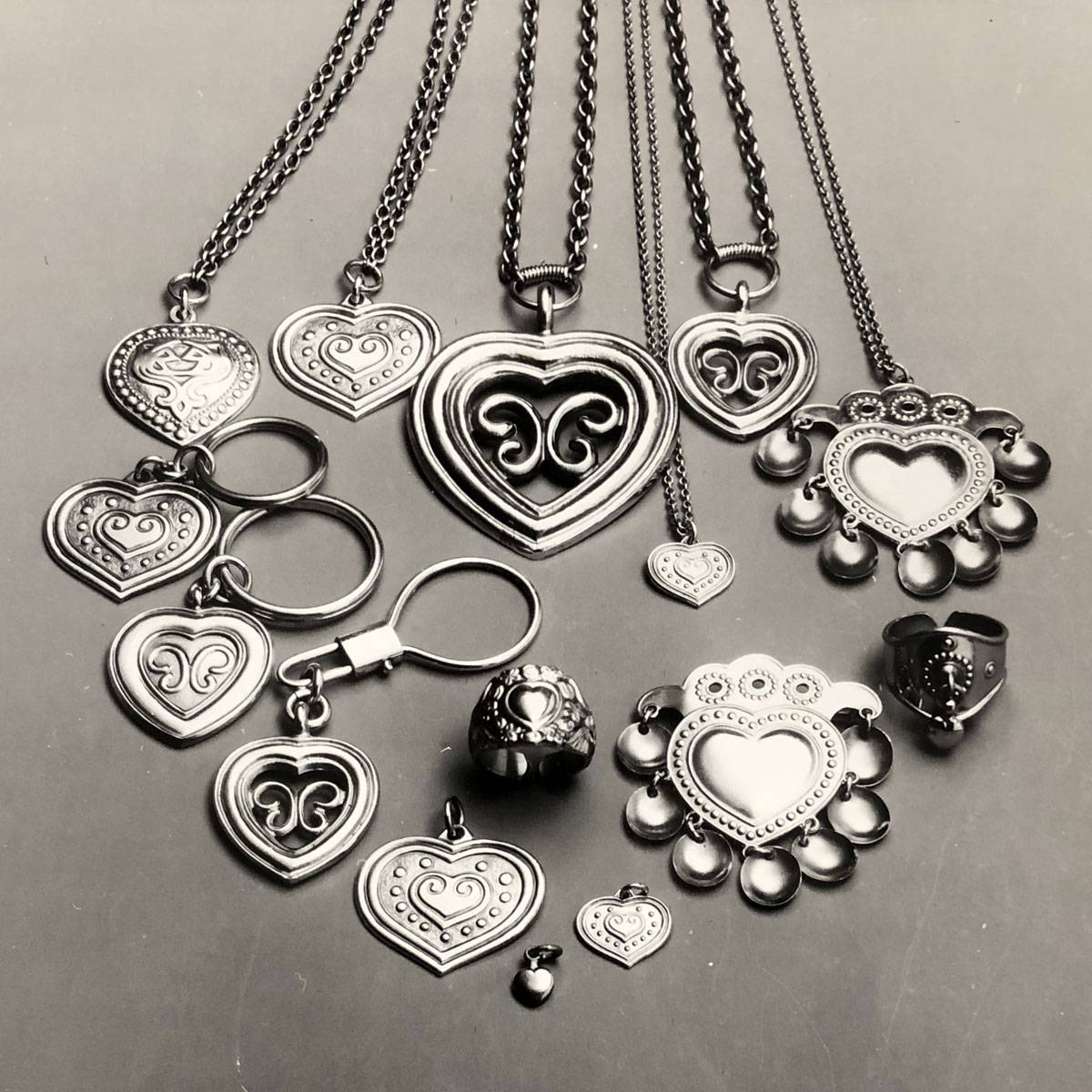 The spouses of heads of state participating in the SALT talks were gifted with a heart brooch (bottom right corner) designed by Germund Paaer in the 1940s. In honor of this event, the brooch was renamed as the Salt heart. 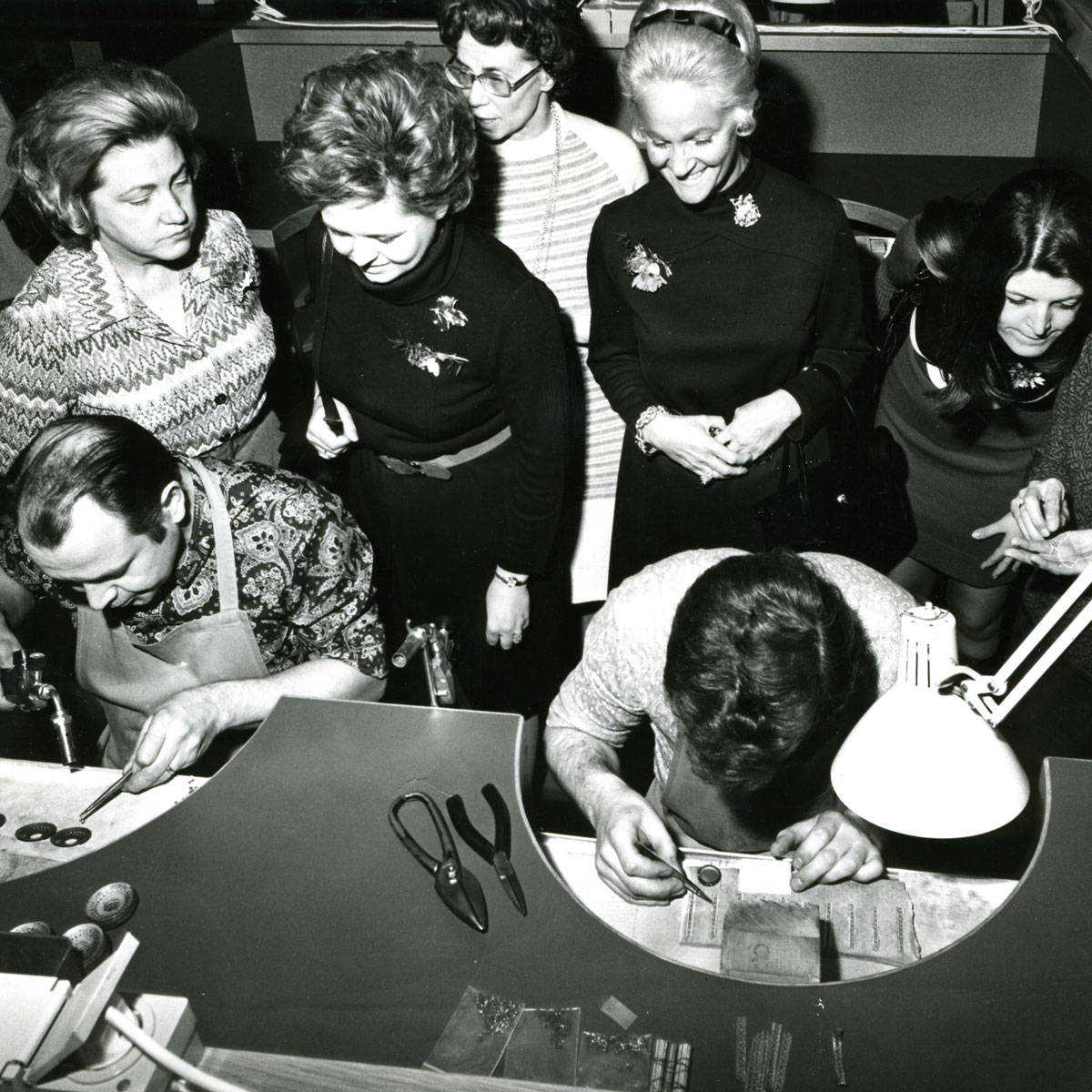 The spouses of heads of state participating in the SALT talks visiting the new Kalevala premises in 1972. 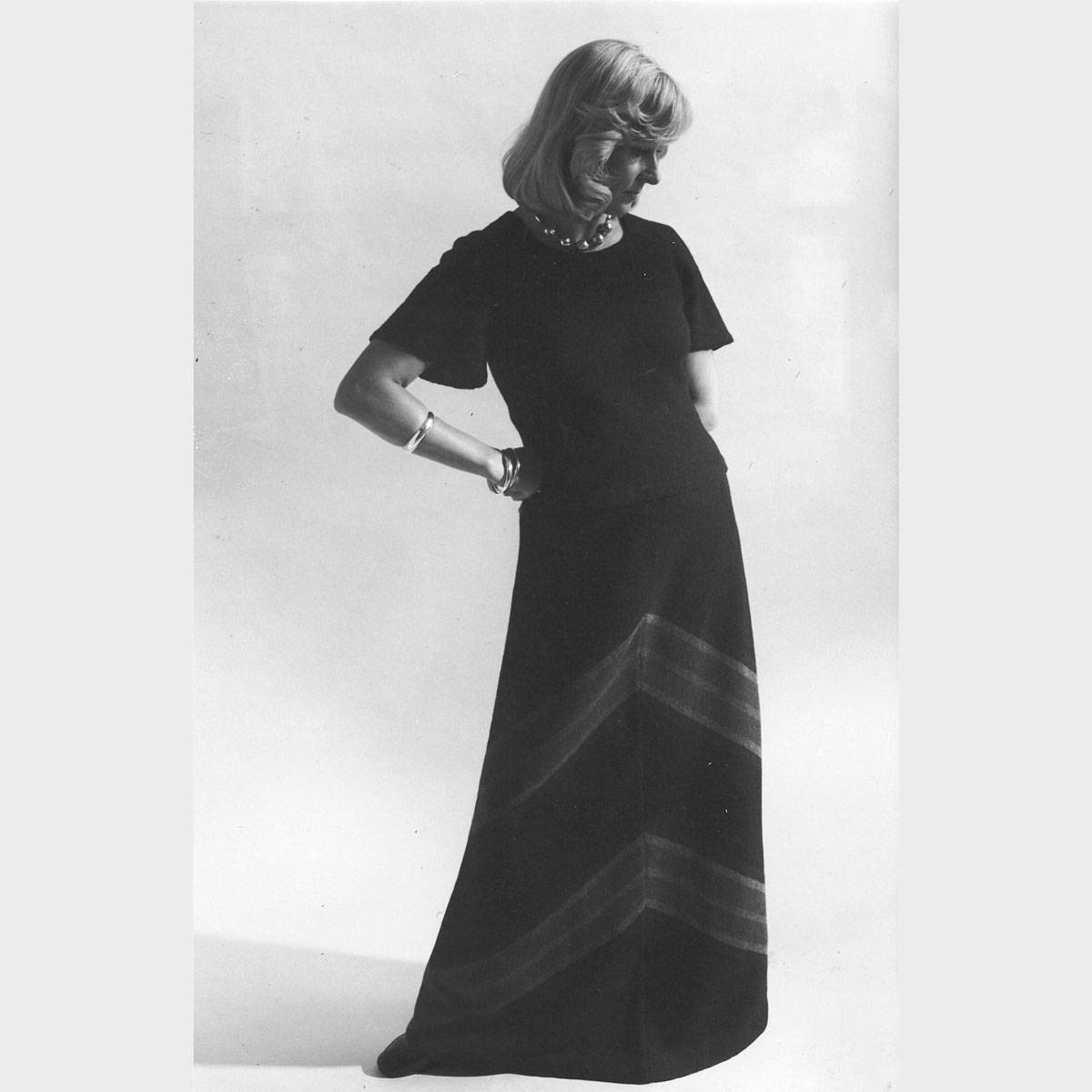 In the 1980s, trendy young women thumbed their noses at ”granny jewelry”, but Kalevala nevertheless soared on a path of dynamic development and modernization. Production was systematically enhanced, automatic data processing was introduced, the first business gift lines were created, and a new flagship store was opened in Helsinki; it stayed in operation for nearly three decades. New jewelry models were introduced at a moderate pace; the biggest releases were connected to the 50th anniversary of Kalevala. Nevertheless, increased investments were made in marketing. In 1989, Kalevala bought Kaunis Koru, a company specialized in modern Finnish jewelry design. Martta Ritvanen had founded Kaunis Koru in 1956 after working as the Managing Director of Kalevala in 1951–1956. 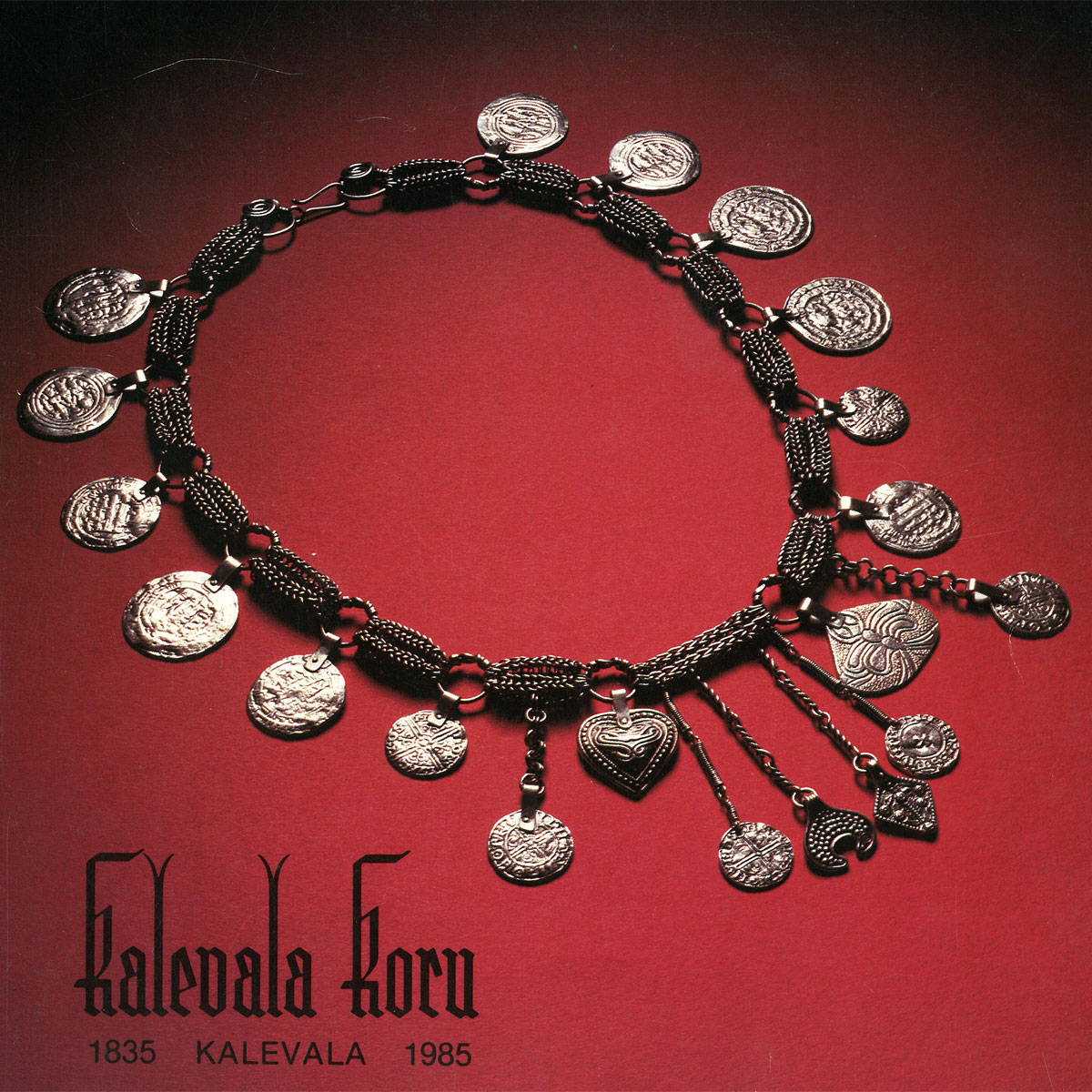 Silver necklace made to celebrate the 150th anniversary of the Finnish national epic Kalevala in 1985. 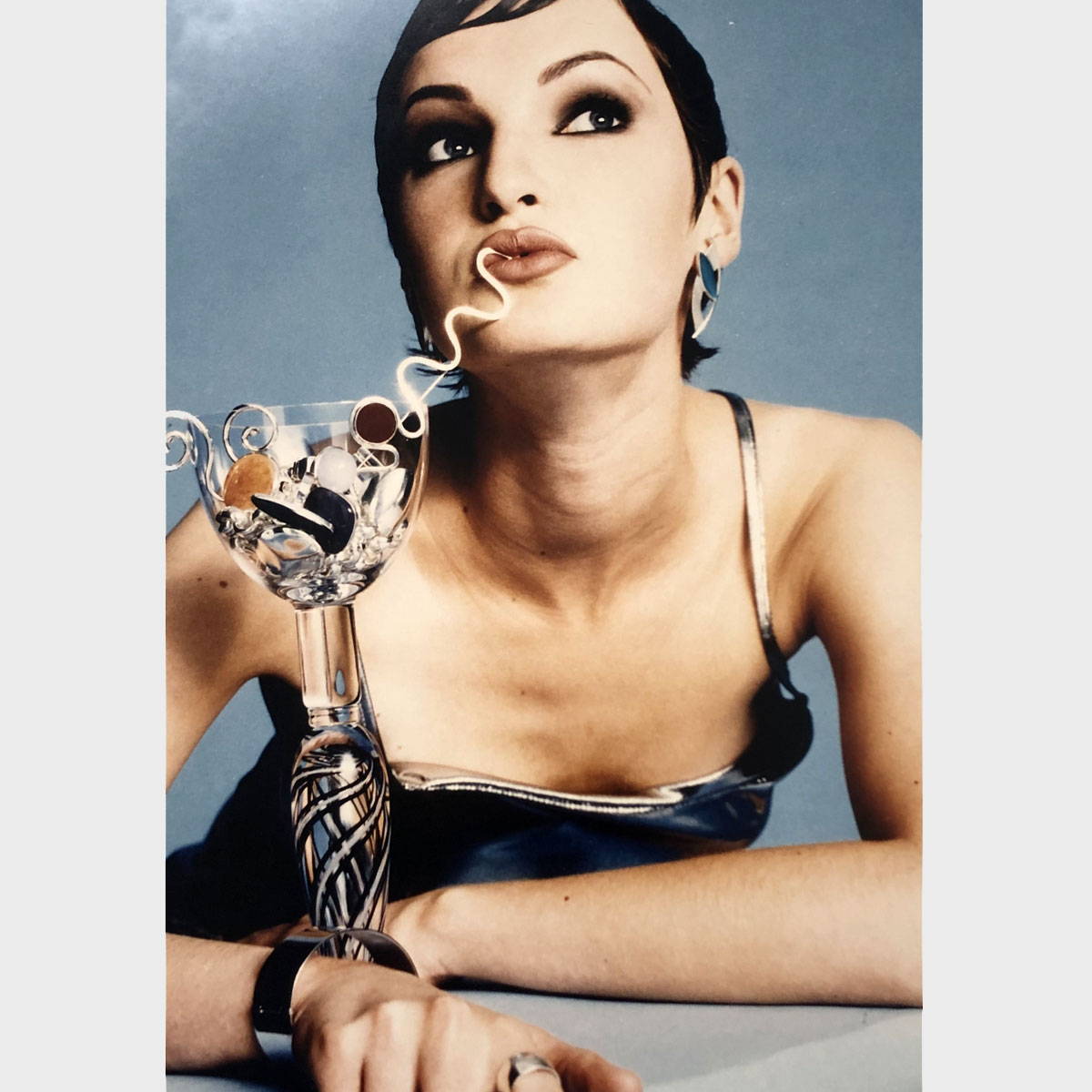 The Renaissance Of Ancient Jewelry

In the 1990s, the popularity of Kalevala rose to new heights. Demand was so huge that the company had challenges fulfilling it. There were even rumors that Kalevala arranged lotteries to decide who got to buy their products. Large bronze jewelry based on historical models was particularly popular, as these products were right in the crest of the clinking-clanking ethnic fashion of the time. The Sun Lion, Kalevala’s 60th anniversary product, which was released on the national Kalevala day in 1997, became one of the best selling jewelry models of all times. People were queuing on the street for the first pieces that were made from genuine Lapland gold and also numbered. 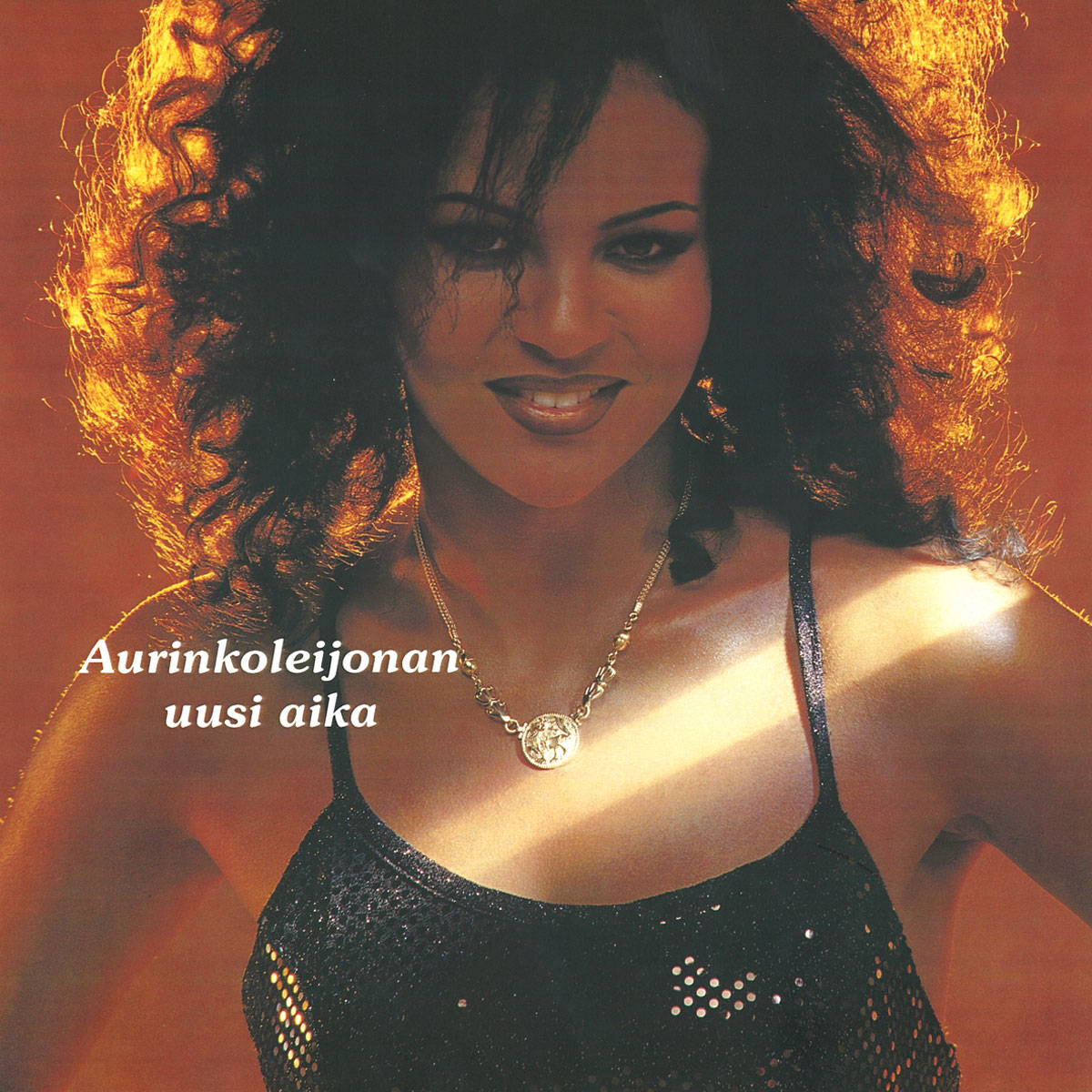 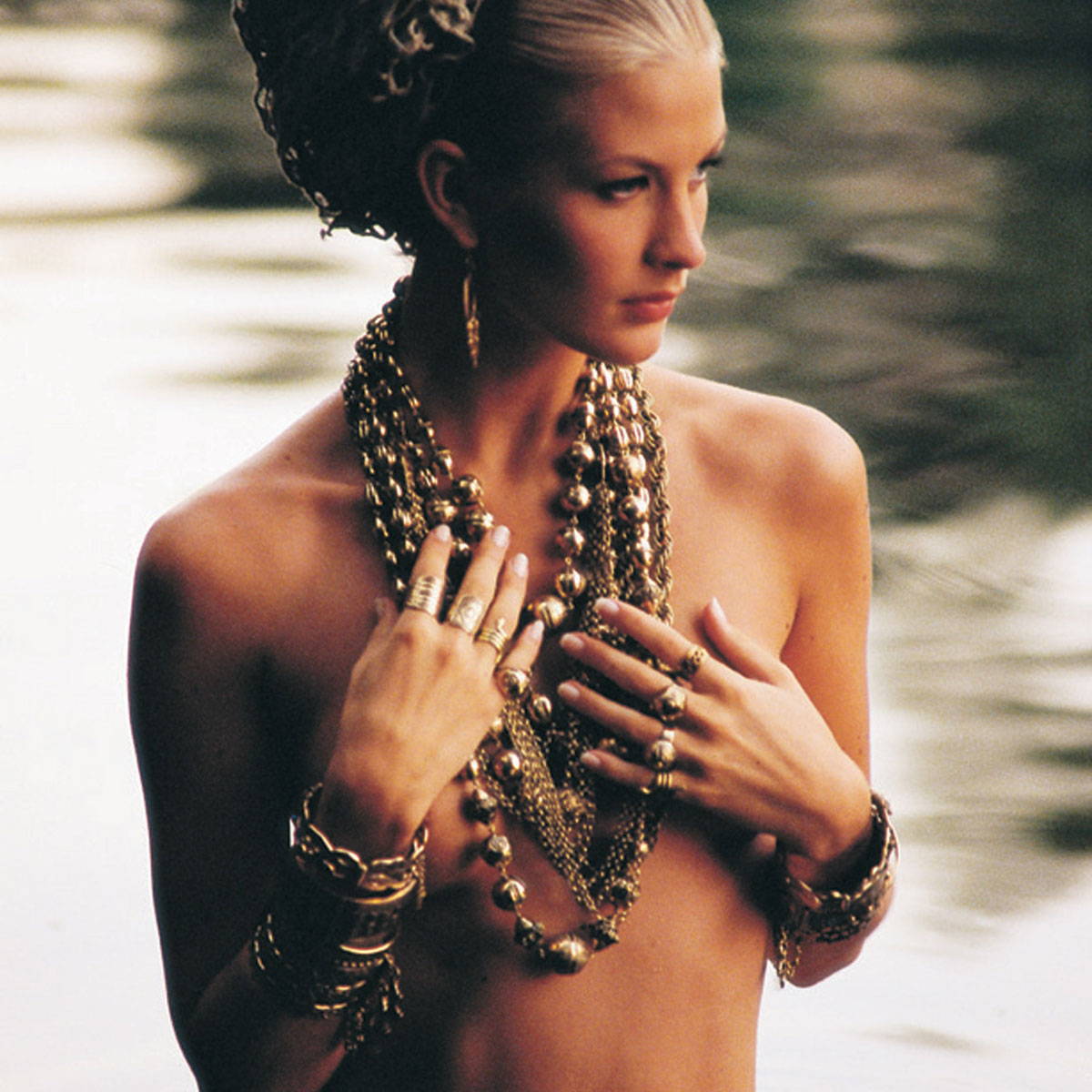 Into The New Millennium

At the beginning of the 21st century, Kalevala moved its offices to a more spacious location in Helsinki. The 1940s red-brick factory building was renamed the Kalevala Mansion. The owner of Kalevala, the Kalevala Women’s Association, also had its premises on the same estate. The strong growth of the previous decade continued, but the focus of Kalevala's collections began to shift towards modern jewelry again. The acquisition of Kaunis Koru a little over ten years ago had marked one step in this direction. The Twinflower by Kirsti Doukas was released in spring 2002. At first, some people had doubts about this model, which “doesn't look like a piece of Kalevala at all” with its peculiar ball chains and shiny pearls. However, this new direction of design turned out to be very successful. Apart from the Twinflower, many 2000s series, such as the Fountain and Dream by Doukas, and the Snow Flower by Marja Suna have become classics of modern Finnish jewelry design. They are the cornerstones of the current Kalevala Modern collection.

In early 2006, things changed at the Kalevala Mansion: employees of Lapponia, which had been acquired by Kalevala Jewelry in the previous fall, moved in. This acquisition created a high-end Finnish jewelry company featuring products that reflect the full scale of Finnish jewelry design, from the distant past to the bright future. 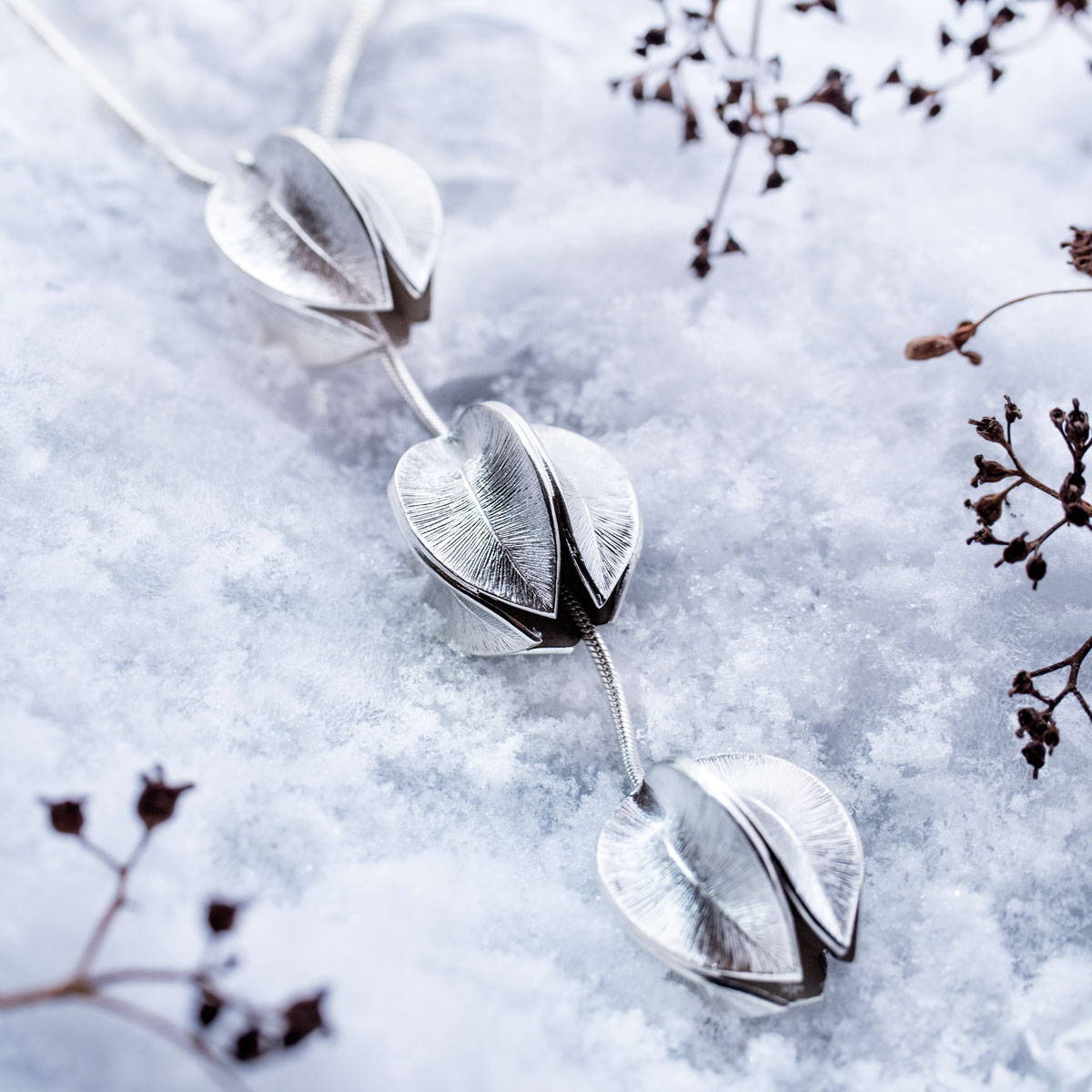 The Snow Flower necklace designed by Marja Suna in the early 2000s. 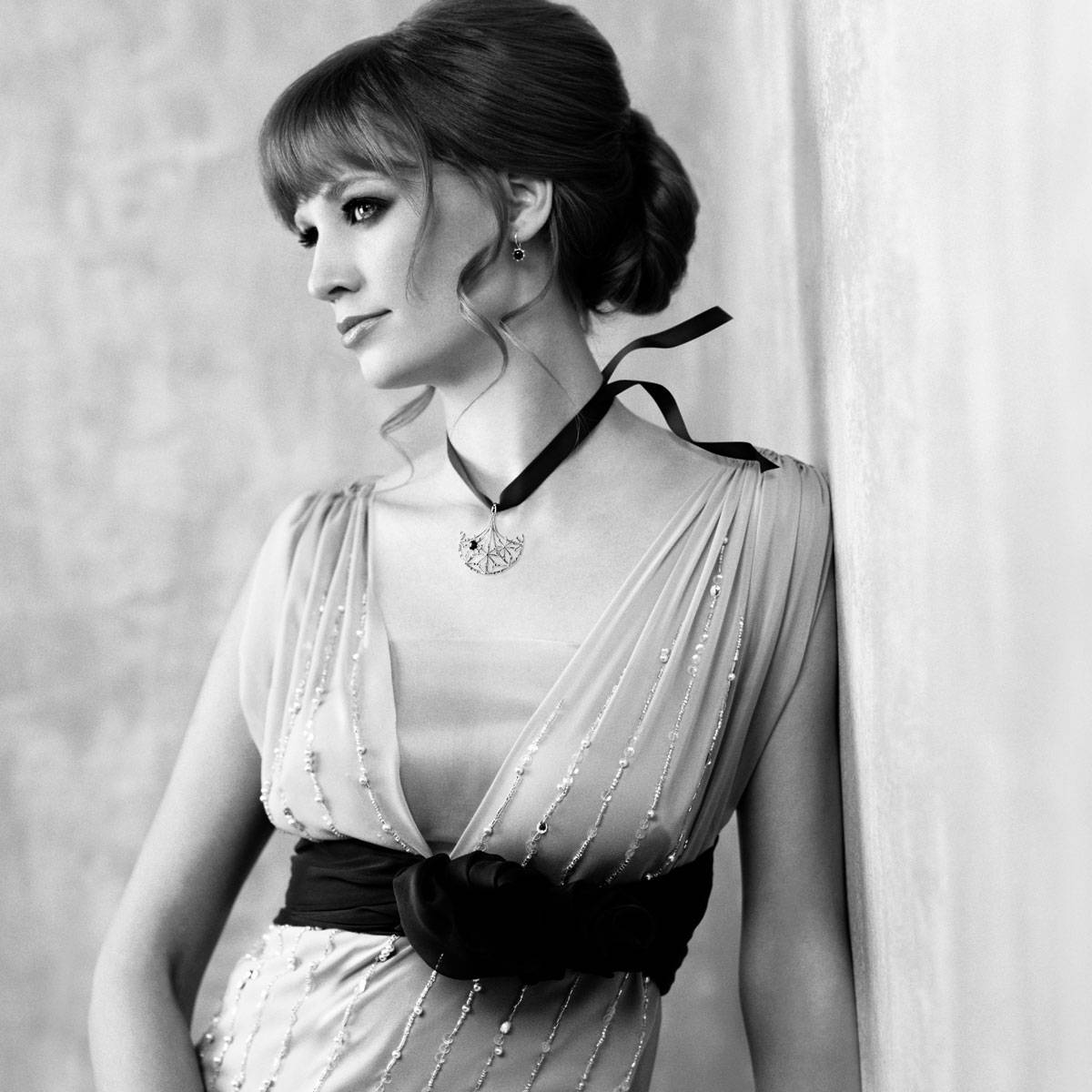 Ad picture from 2006 featuring the Dream necklace and earrings designed by Kirsti Doukas.

September 2020 will mark the emergence of the new Kalevala, a world of Finnish jewelry design and powerful stories, created by the women of today, the brave daughters of Louhi, with the help of wise, courageous men like Väinämöinen and Joukahainen. The three Kalevala collections, Kalevala Originals, Kalevala Modern and Art by Kalevala pay homage to the unique design heritage of both Kalevala and Lapponia. All pieces of jewelry will be hand-made – as they always have been – at our own factory in Helsinki, Finland.

Kalevala – the heritage is alive. 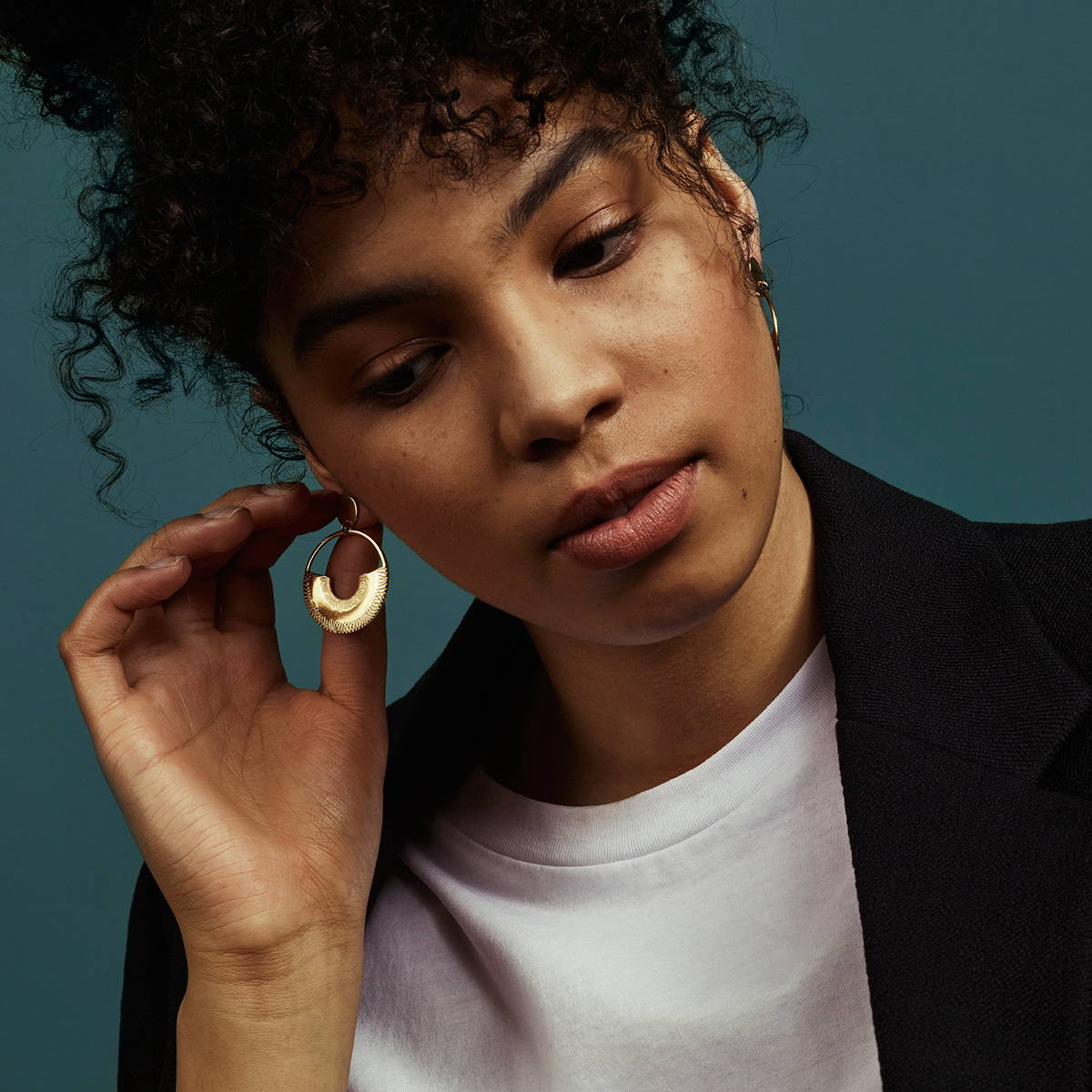 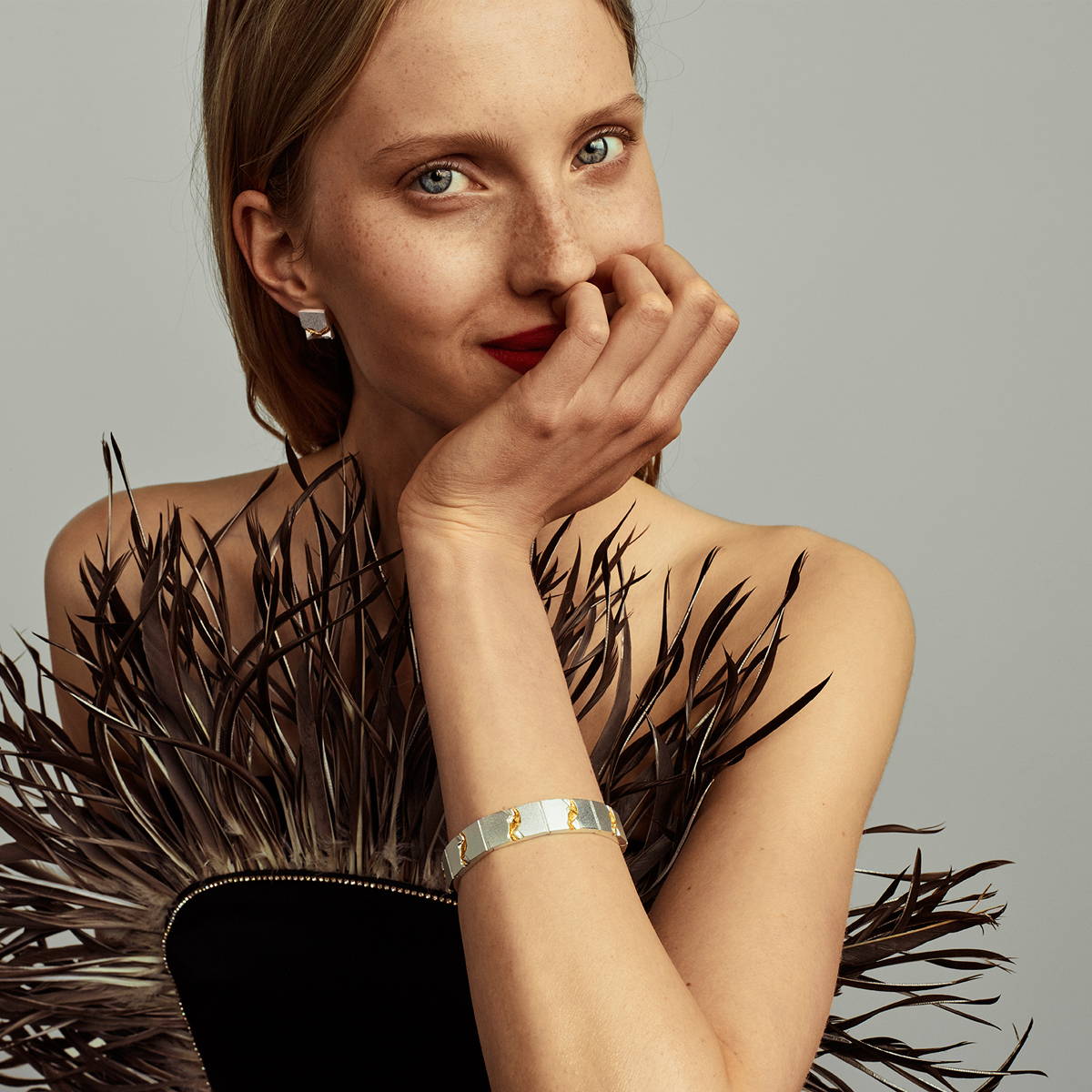