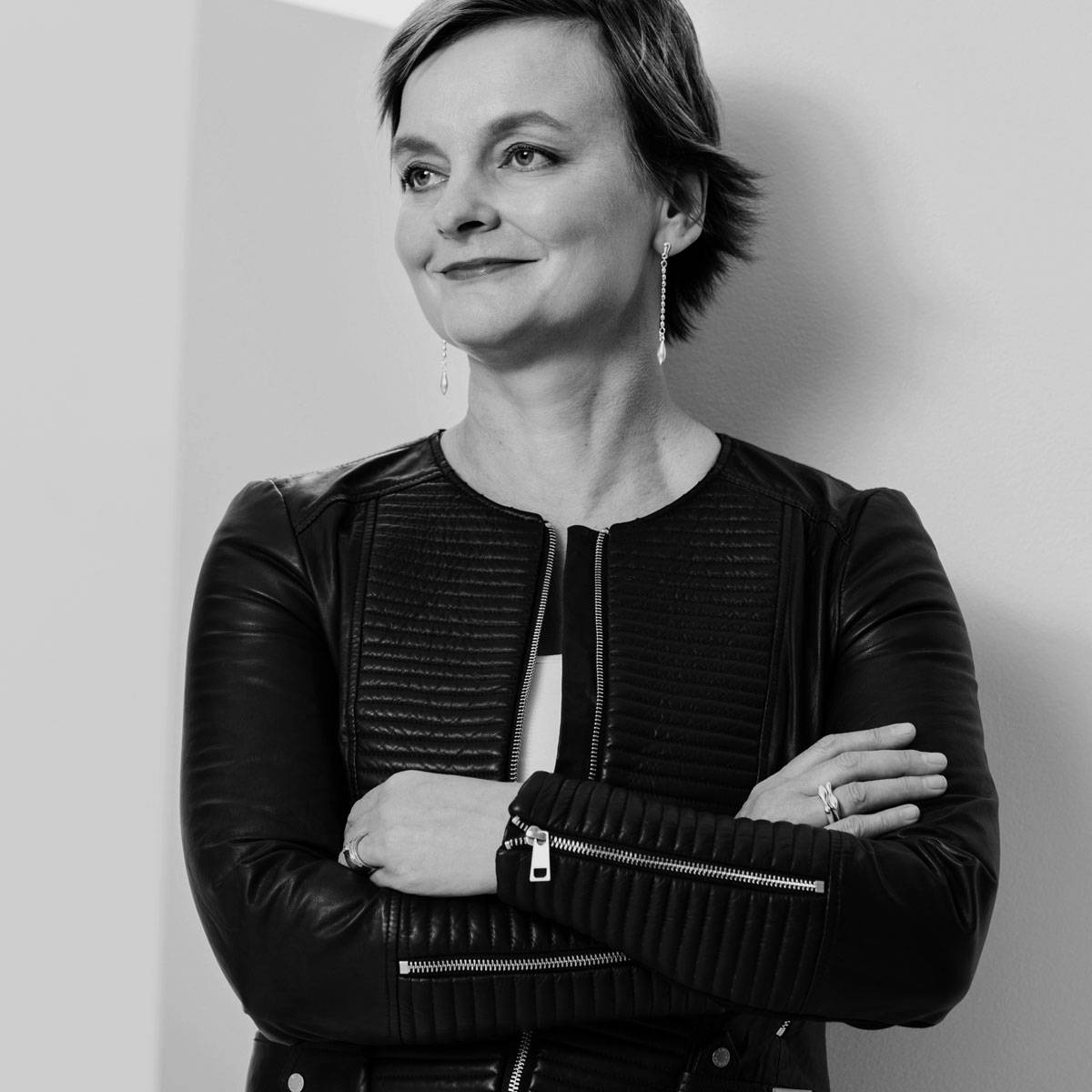 Kirsti Doukas, designer, Master of Arts, is one of the best known jewelry designers in Finland. She has designed many of Finland’s most popular jewelry series, including Twinflower, Fountain and Dream. At first, Kirsti Doukas designed silver jewelry collections for Kalevala’s subsidiary, Kaunis Koru. At the turn of the millennium, Kaunis Koru was merged with Kalevala. The existing design lines moved with Kirsti Doukas to Kalevala’s collections. She was the Head of Design at Kalevala in 2014–2018.

Kirsti Doukas’ designs are based on very thorough background work, usability, and beautiful clear forms. Her production has a modern, bold touch and a clear design with detailed finish.

In 1999, she received the Finnish Goldsmith Association’s “Goldsmith of the Year” award. She was awarded the State Prize for Design 2006 in recognition of her outstanding merits in the field of jewelry design. In 2014, Kirsti Doukas was awarded the Order of the Lion of Finland – Pro Finlandia Medal and for the period 2020–2022, she was appointed as member of the Finnish State Art Commission.

“At the design stage, I had on my desk an actual twinflower plant, which was a meter and a half long. I started to twirl it around and came up with a long silver chain for the necklace, an open form that you can wrap around your neck or wrist.”

“It was challenging to find the right, interesting rhythm for the fan-like elements inside the strict circle. If the end result looks self-evident and effortless, I feel I’ve succeeded.”

“My firstborn daughter was born in spring 2004, in the jubilee year of Runeberg, Finland’s national poet. The Fountain series was launched around the same time.”