The best-known pieces in the Art by Kalevala collection, Planetoid Valleys and Darina’s bracelet designed for Lapponia by Björn Weckström in the late 1960s, are also the most renowned pieces of Finnish jewelry internationally. The became world-famous in 1977 after featuring in the Star Wars movie by George Lucas. Find our how the jewelry ended up in one of the world’s most popular movies. 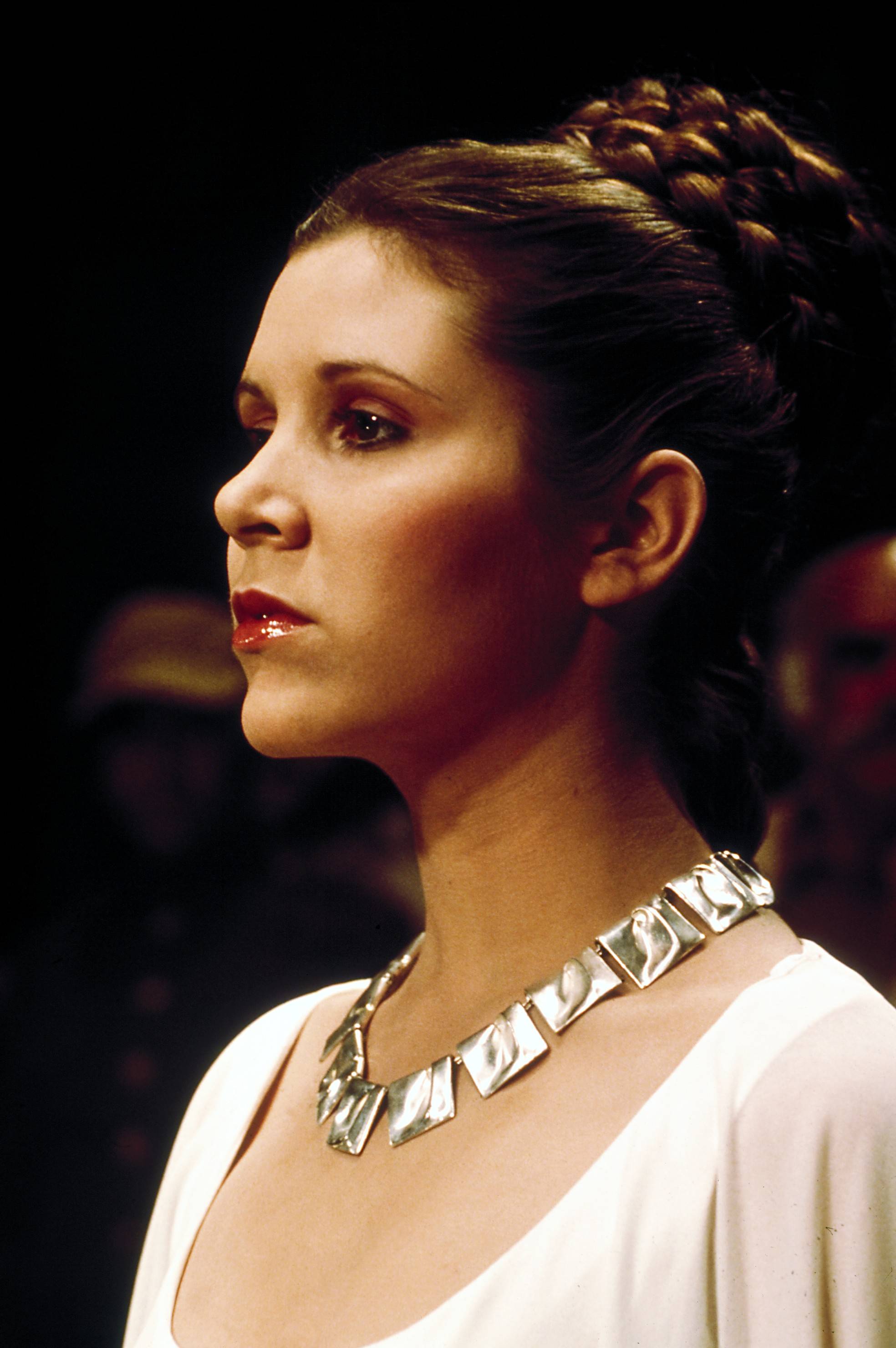 Björn Weckström, the designer behind Lapponia's unique form language, received an interesting phone call in spring 1976. On the other end of the line was George Lucas's secretary. Apparently Mr Lucas was after statement silver jewelry pieces for a new movie then in production - the title of the movie was never revealed during the call. Lucas was specifically after jewelry designed by Björn Weckström. It seemed that Lapponia's quest to become globally renowned brand had been successful, and this unique, exceptional form language clearly had fans. The secretary said the scene in which the jewelry would be needed was due to be filmed within 6 weeks. There was no time to waste.

At that time, George Lucas was not a known name in Finland, and Weckström didn't know him either. But the project seemed interesting to Weckström, he accepted the assignment and said the schedule was doable. Space and science fiction themes had already been present in his earlier work, so the mere thought of designing jewelry for a space adventure movie was fascinating.

Weckström started to sketch a necklace suitable for the movie, but his work was soon interrupted when Lucas's secretary contacted him again. There had been a change in the filming sequence of the scenes, and the jewelry would be needed already in a week's time. This surprising constriction of the schedule lead to the designer being unable to finish his design work – a week was too short for that. Weckström had to tell the secretary that the situation was impossible. A quick solution had to be found to obtain the suitable jewelry.

After a brief consideration, the conversation turned to Lapponia's existing collection. Because the movie was being filmed at the Elstree studios near London, the secretary enquired from Weckström whether Lapponia's products were available in London. At that time, Lapponia was already an internationally renowned jewelry brand, and several jewelry stores in Europe kept Lapponia's products in stock. Likewise, there was a Lapponia retailer on Bond Street in London. Weckström gave the address to the secretary who was grateful and said that the production team would go and have a look at the collection available at the London store. 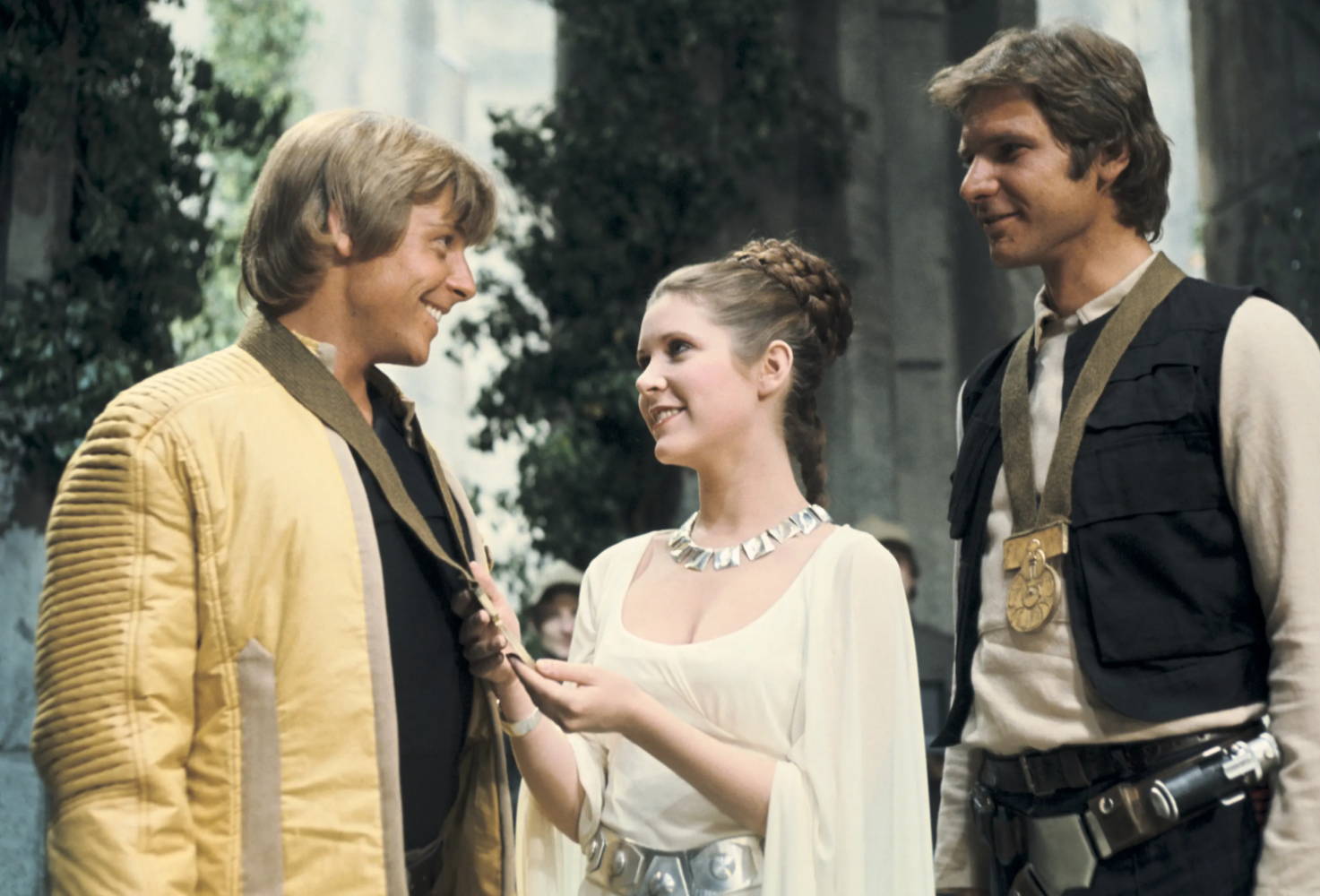 After some time, Weckström received a Telex message saying that the production team had found just the right kind of jewelry for the film scene from the London store. The message said that Lucas thought the jewelry was fantastic. Weckström was happy that the project turned out to be a success after all, even though he still didn't know in which movie the jewelry would be displayed. After this, the production team made no further contacts with him.

Star Wars was meant to premier already in December 1976, but due to productional reasons the launch of the movie was postponed to the summer of the following year. The movie premiered in Finland as late as on 16th of December 1977. A friend of Björn Weckström's saw one of the first screenings of the movie in Finland, and immediately recognised Weckström's jewelry in the final scene of the movie. In that scene, the jewelry pieces Planetoid Valleys and Darina's Bracelet were worn by Carrie Fisher in the role of Princess Leia, as she was awarding the medals to Luke Skywalker (Mark Hamill) and Han Solo (Harrison Ford).

Soon, Weckström himself went to see the movie after his friend had praised the role the jewelry played in the movie. Weckström went to Maxim, a cinema at Kluuvikatu 1 in Helsinki, Finland. Seeing his own jewelry on a big screen, in an international movie was quite an experience. When designing the Space Silver collection, that was launched in 1969, Weckström could not have imagined that the pieces would become a part of a cult phenomenon.

The interruption of the design work that was started for the movie later bothered the designer. Indeed, after seeing the movie, Weckström returned to his original sketches, and developed his ideas further whenever he had time off from other projects. The Poema necklace was based on the original design, and this necklace was manufactured in limited series during the 1990's.

In August 2005 Kalevala Jewelry acquired Lapponia, and the production of Lapponia pieces continued at Kalevala Jewelry’s factory in Helsinki. In the autumn of 2020 the two brands, Kalevala Jewelry and Lapponia Jewelry, were merged into the new Kalevala brand. The brand name Lapponia will no longer be used, but when it comes to the production of the iconic pieces, nothing has changed: as before, they are skillfully handmade at the Kalevala factory in Helsinki. Today you’ll find Planetoid Valleys, Darina’s bracelet and many other pieces that were made famous by Lapponia in the Art by Kalevala collection.