We can proudly say that our factory in Helsinki is the most modern jewelry factory in Europe.

Our factory is lit by energy-saving LED lights, and the electricity we use is produced by wind power. We have invested in updating the technology of the treatment system for process water and switched from chemical precipitation to modern vacuum distillation. In the heart of our factory building, we have ultra-modern technology that separates chemicals and metals very carefully and energy-efficiently from the process water generated during the various stages of jewelry production before the water is let into the municipal sewer network. We also make use of the water we have treated by recycling some of it back into the production processes, which reduces our factory’s water consumption.

We have invested in the automatization of our silver-plating and lacquering lines, which has not only improved efficiency and minimized variation in quality but also significantly improved ergonomics. An automated conveyor now takes care of moving coating racks from one sink to another, a task that can place strain on a worker’s hands. Workers now only need to supervise the operation of the silver-plating and lacquering lines. 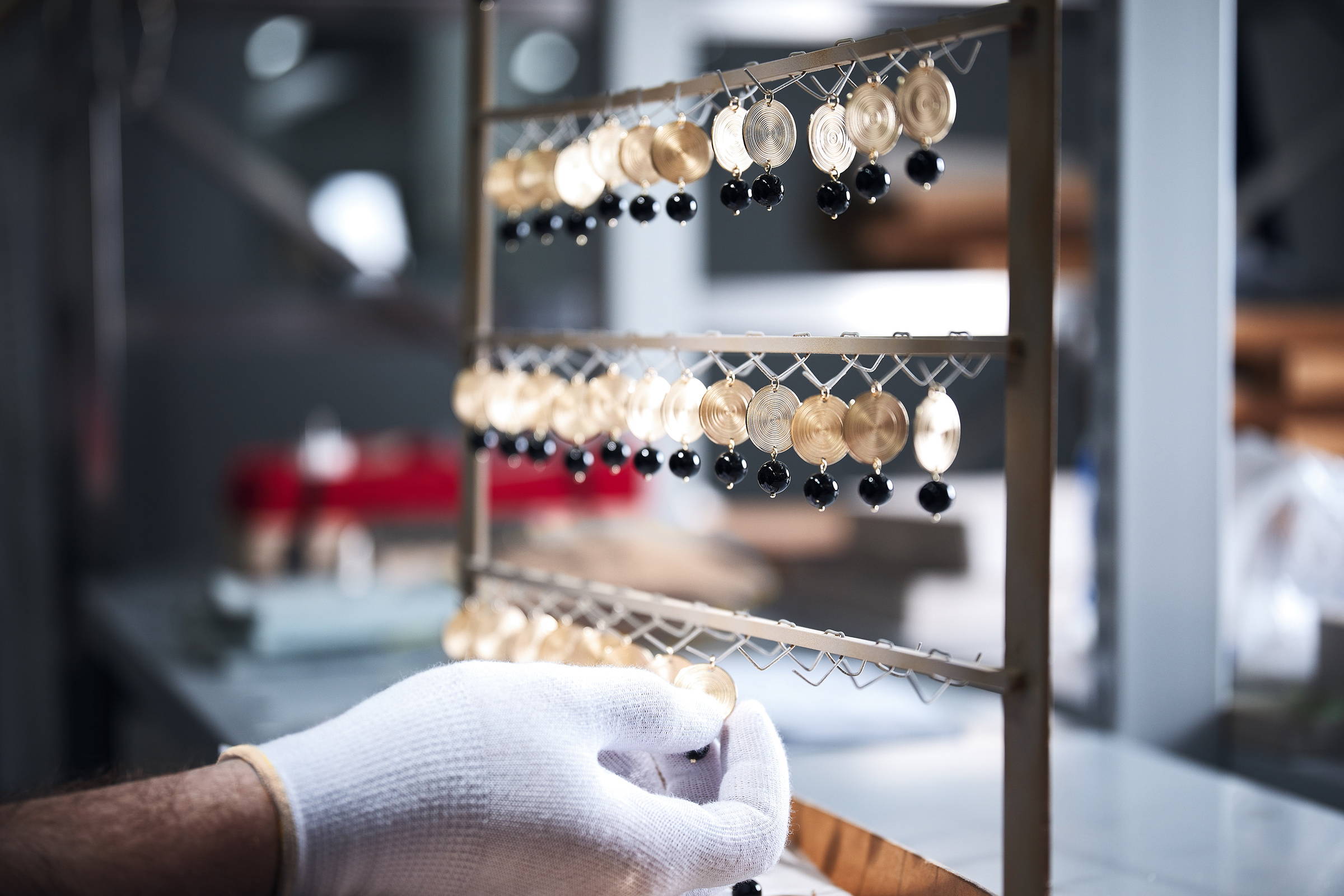 The recycling rate of the precious metals we use to make our jewelry is high: 100% of the gold and about 95% of the silver we use is recycled. The remaining 5% of the silver comes from Nordic mines. Some of the bronze we use is also recycled. Making jewelry using recycled materials consumes natural resources many times less compared to using new materials. In addition to using recycled precious metals, we also ensure that the precious metal scrap generated during production is carefully collected. All precious metal scrap is recycled and cleaned for reuse – even the metal dust generated by grinding.

The diamonds used in our jewelry come from our trustworthy Finnish partners, who are committed to complying with the Kimberley Process and are members of the Responsible Jewelry Council. This ensures a responsible supply chain all the way from the diamond mine to the buyer of the diamond jewelry.

We buy our jewelry components, such as chains and locking mechanisms, from our trustworthy long-term partners in Finland and Europe. Our jewelry boxes and the packaging used for online store deliveries are made of FSC certified paperboard, which ensures that the packaging materials come from well-managed forests that provide ecological, social and economic benefits. 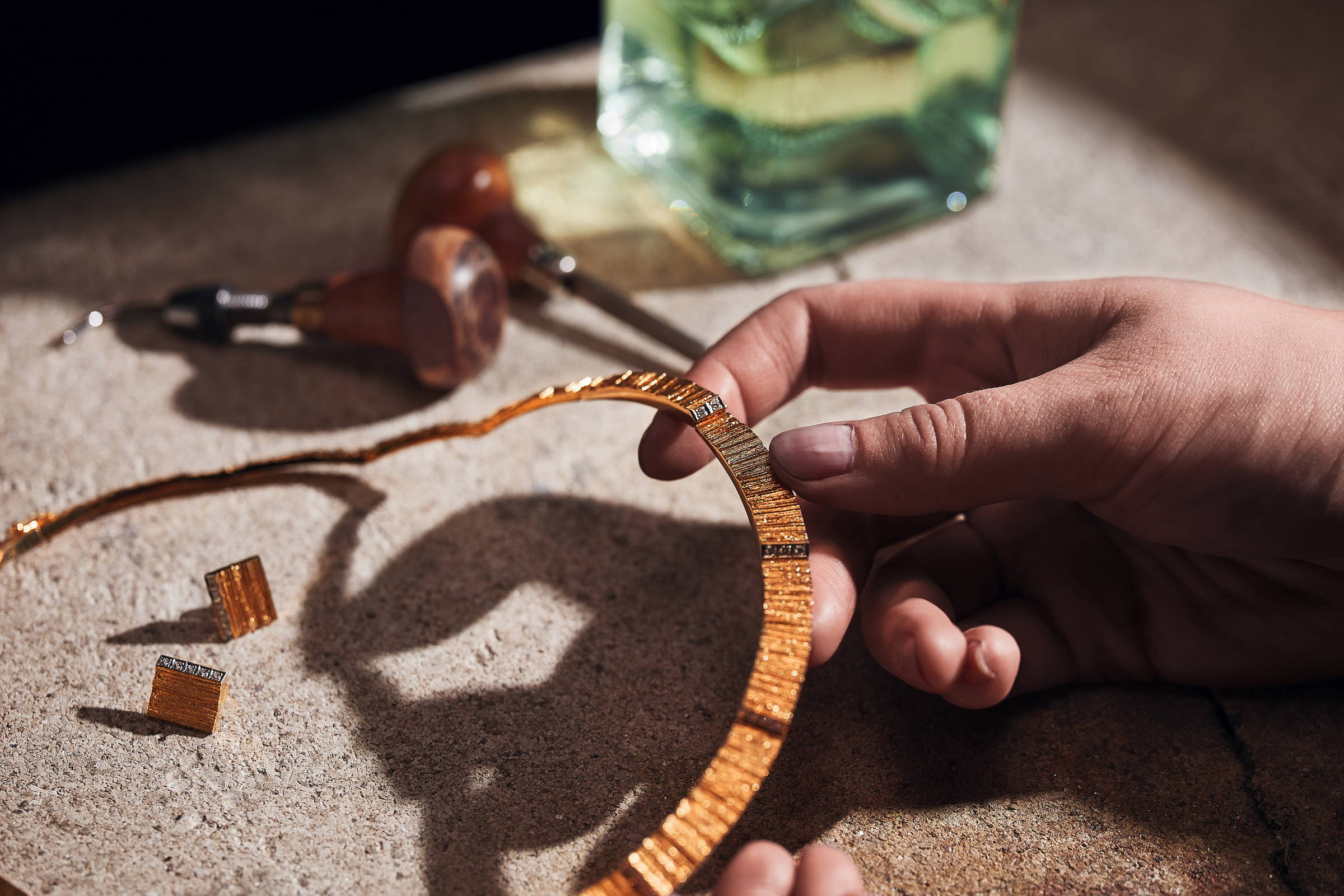 Our jewelry is designed and made to be used. We are against throwaway culture, and our goal is to make jewelry that stands the test of time. Jewelry that stays beautiful and in good condition from one year to the next and that you will also want to wear year after year. Many of our jewelry pieces have been part of Kalevala’s product range for decades, and some – for example St. John's Arms and Moon Goddess – from the very first years of the company’s history, giving several generations the chance to fall in love with their timeless beauty.

Kalevala jewelry pieces are part of the chain of generations and are often passed from mother to daughter – full of cherished memories of lived life. Lived life also makes its mark on the jewelry. Even the most high-quality jewelry can break or be worn down as time goes by. Kalevala Jewelry’s own maintenance service can usually return jewelry that is broken or in need of maintenance to its former glory. We also recommend checking our tips for caring for your jewelry so that your jewelry can keep its beauty as long as possible. 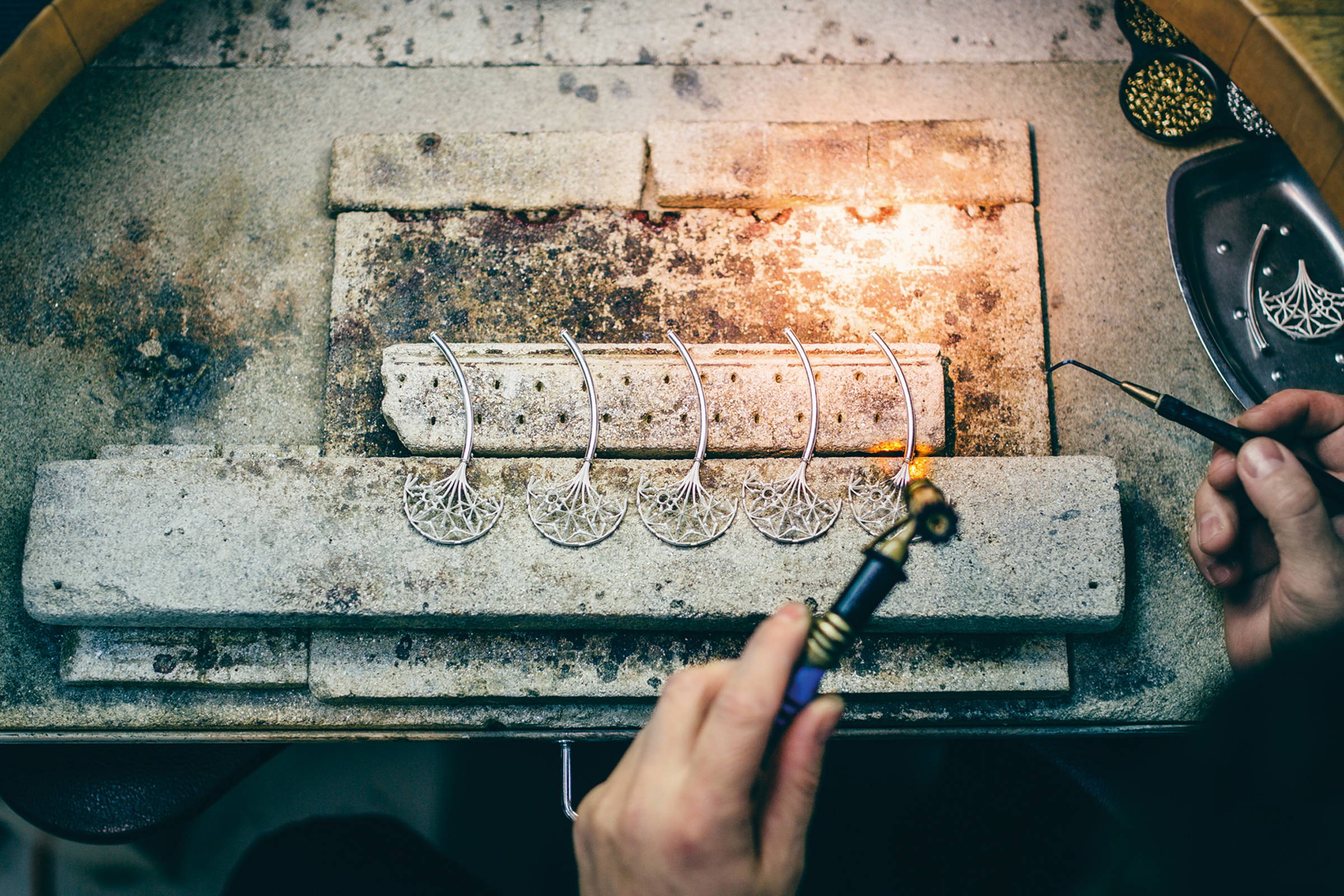 Jewelry that does good

Kalevala has a special relationship with charity: the company’s beginning and reason for existence are based on charity. The company was established in the 1930s by the author Elsa Heporauta and a group of politically active and socially conscious women who wanted to erect a statue to honor the women in the Kalevala by selling jewelry and, through it, draw attention to the significance of women in Finnish society. However, when the Winter War began, the statue project had to wait, as it was decided that the money should be used to help those affected by the war, in particular women and children. Starting from those times, charity has always been part of what we do.

In spring 2020, Kalevala funded the establishment of the Kalevala Training Center project, which opens a path to an occupation and financial independence for young women in the small village of Makonge in Kenya. The Training Center offers three different training programs for teenage mothers, girls and women aged 16 to 25. It specifically seeks to serve those who have had no education and come from poor families, are school dropouts or have never even started school or are otherwise in the most vulnerable position. The goal is to train 190 women every year in training programs in hairdressing, sewing and information processing. Find out more about the Kalevala Training Center project here.

Over the years, we have continued the company’s long traditions in supporting socially significant initiatives, especially through special, charitable pieces and lines of jewelry. These initiatives include, above all, activities aimed at supporting women and children, such as the Pink Ribbon, the Women’s Bank and Save the Children. 2021 was our seventh year of supporting the Cancer Foundation’s Pink Ribbon campaign. From 2015 through 2021, we and our customers have raised a total of €297,000 to support this valuable cause. Discover our charity jewelry that has been in collection over the years here. 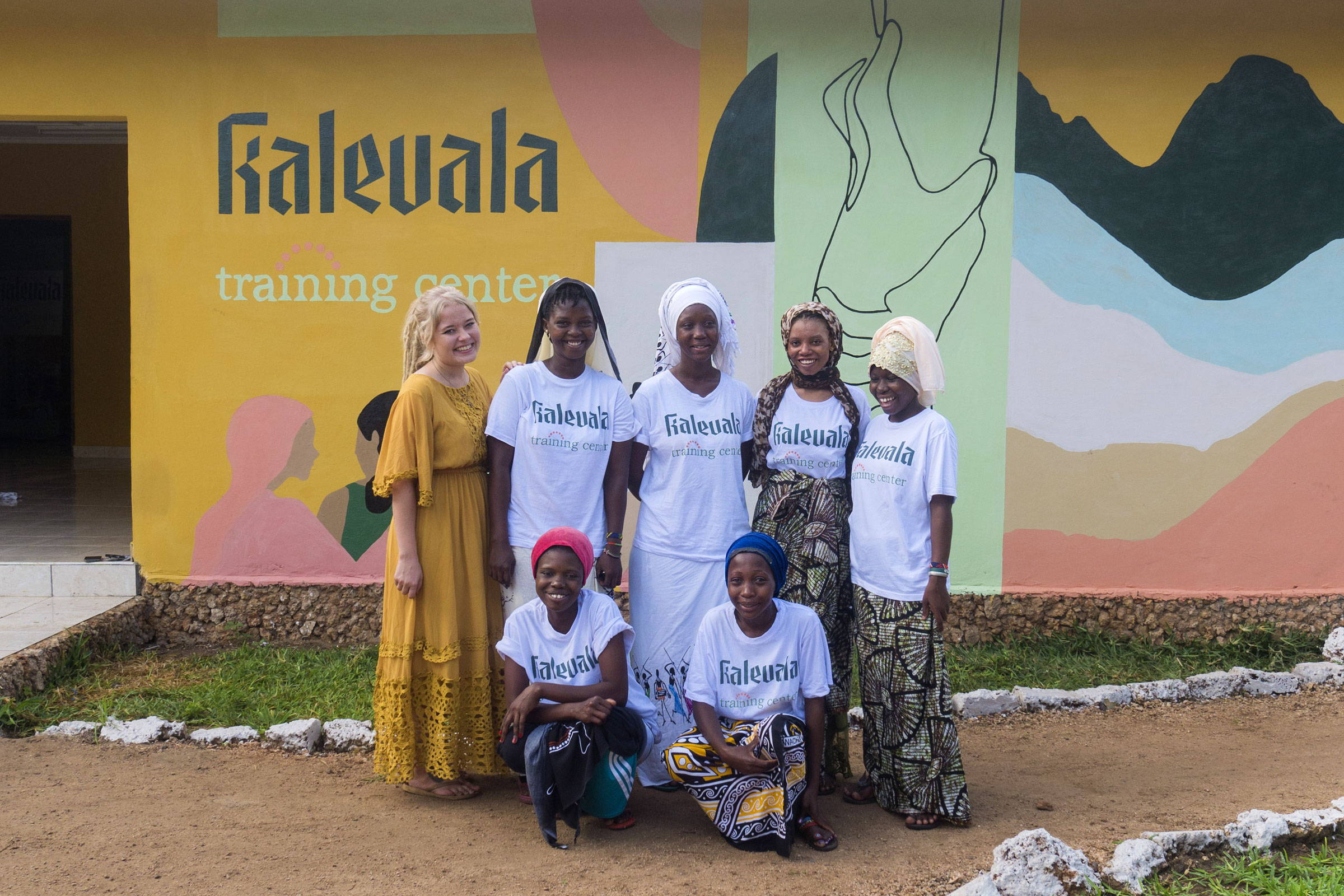 Kalevala is owned by the Kalevala Women’s Association, which uses its dividends to support Finnish culture. Under its annual themes, the association organizes cultural events, seminars and trips together with its 60 member associations. In addition, the Kalevala Koru Cultural Foundation, established in 1994, also awards grants for preserving, developing and researching Finnish cultural heritage. 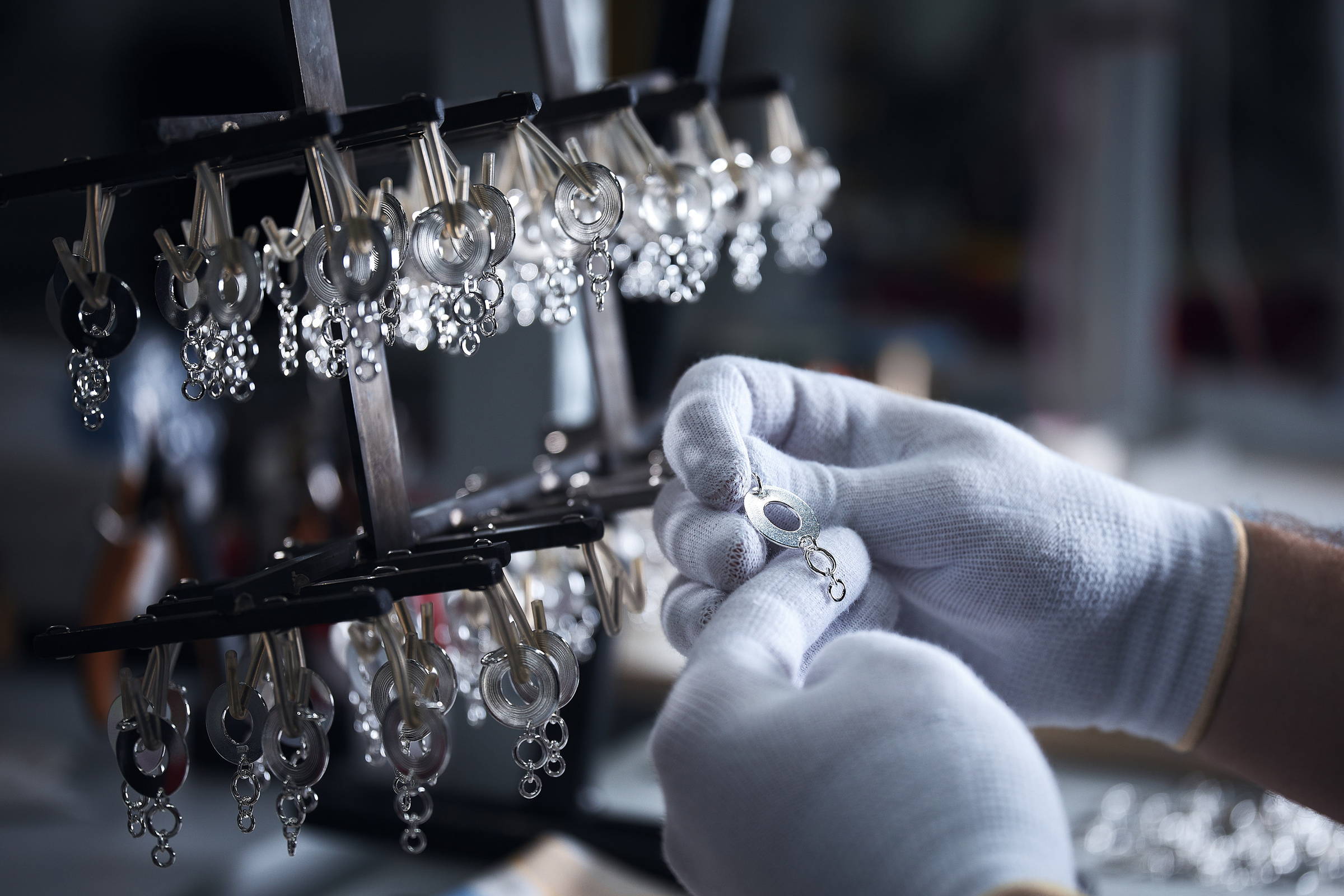